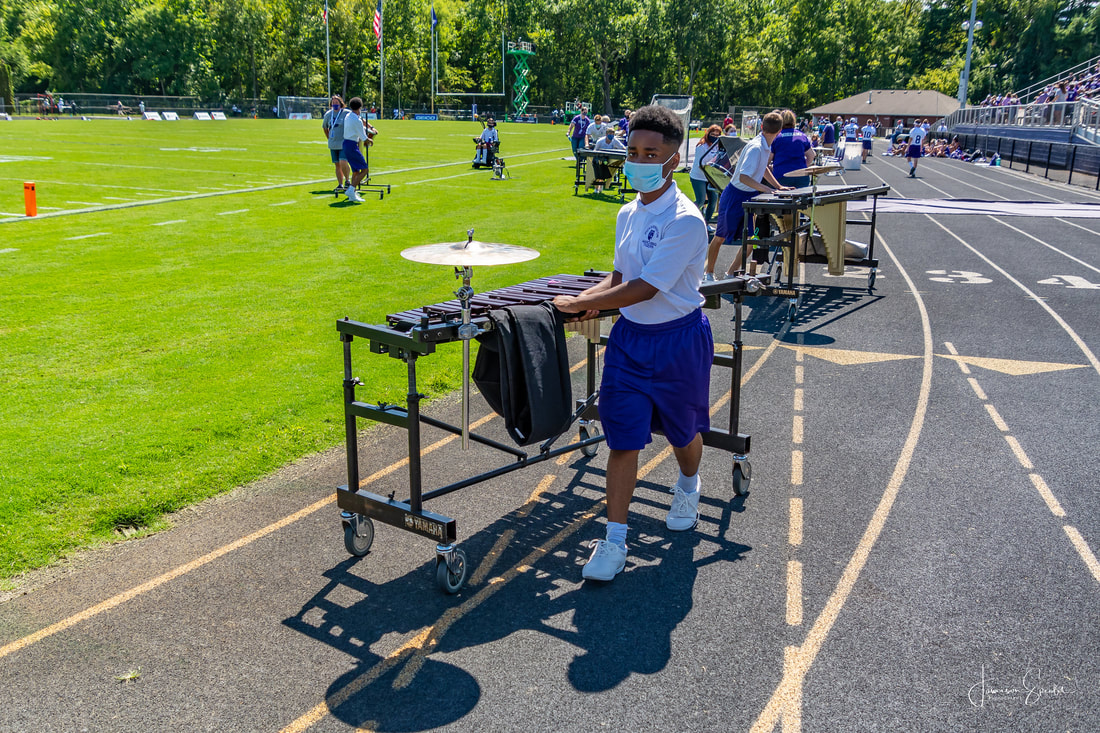 The xylophone (from the Greek words ξύλον--xylon, "wood" + φωνή--phōnē, "sound, voice", meaning "sound of wood") is a musical instrument in the percussion family that consists of wooden bars struck by mallets. Like the glockenspiel, the xylophone essentially consists of a set of tuned keys arranged in the fashion of the keyboard of a piano. Each bar is an idiophone tuned to a pitch of a musical scale, whether pentatonic or heptatonic in the case of many African and Asian instruments, diatonic in many western children's instruments, or chromatic for orchestral use.

The term xylophone may be used generally, to include all such instruments such as the marimba, balafon and even the semantron. However, in the orchestra, the term xylophone refers specifically to a chromatic instrument of somewhat higher pitch range and drier timbre than the marimba, and these two instruments should not be confused.
​
The term is also popularly used to refer to similar instruments of the lithophone and metallophone types. For example, the Pixiphone and many similar toys described by the makers as xylophones have bars of metal rather than of wood, and so are in organology regarded as glockenspiels rather than as xylophones. The metal bars found on a glockenspiel generally produce higher high-pitched tones than a xylophone's wooden bars.
Click here to return to the "Pit Information" page