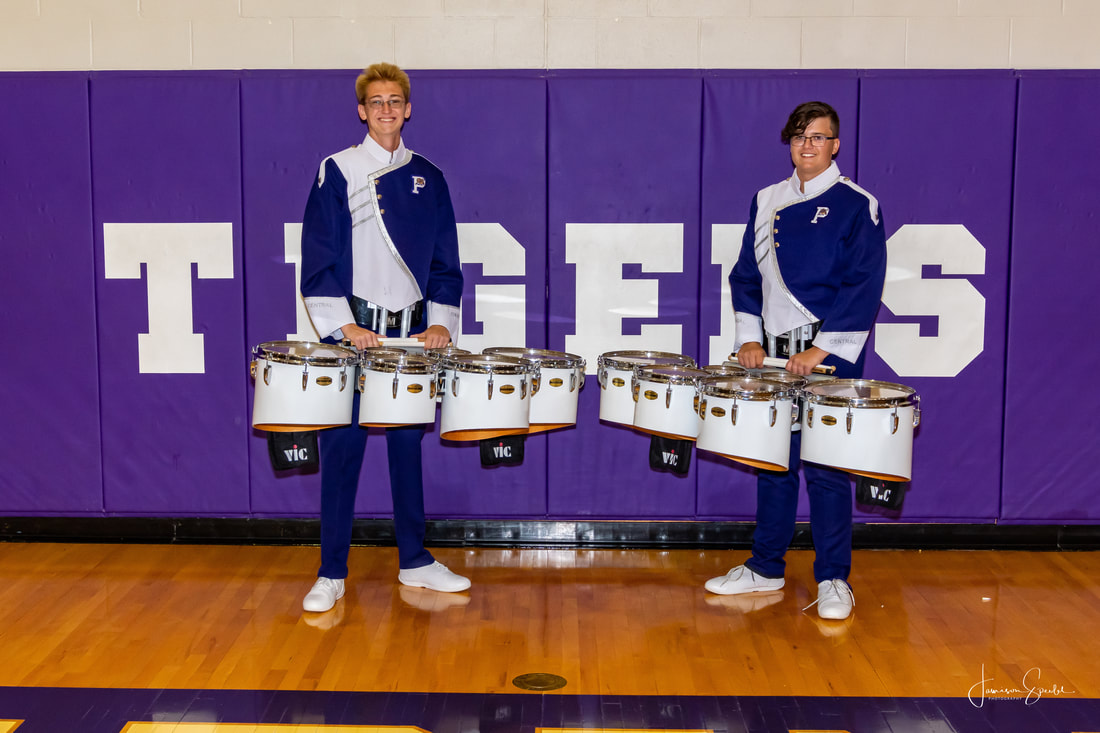 Marching tenor drums (also called quads/quints) are single-headed tonal drums. Modern tenor configurations usually have 4 drums and 1 to 2 special effect drums known as spocks or gocks. The spocks are tuned relatively high and are used to play parts that cut through the ensemble. Tenor players add pitch variety to the drumline with drums of different sizes.

Single tenor drums, also known as flubs, are popular in HBCUs, pipe bands or as starting points for inexperienced drummers, and are beaten using soft or hard mallets. Either in the single or the multiple form, these tenors can be mounted on the chest, like bass drums, or horizontally, like traditional snares.

Tenor drums are aptly the tenor voice of the ensemble, as well as one of the most melodic. Tenor drums often have parts that mirror what the winds or front ensemble is playing. Due the fact that there is often more than one drum, various visuals can be used when performing drum changes such as "cross-overs" or "sweeps".
​
Marching multiple tenor drums can weigh anywhere between 30 and 45 pounds, depending on the model, and number of drums. This means they are typically the heaviest drums in the drumline.
CLICK HERE TO RETURN TO THE "BATTERY INFORMATION" PAGE