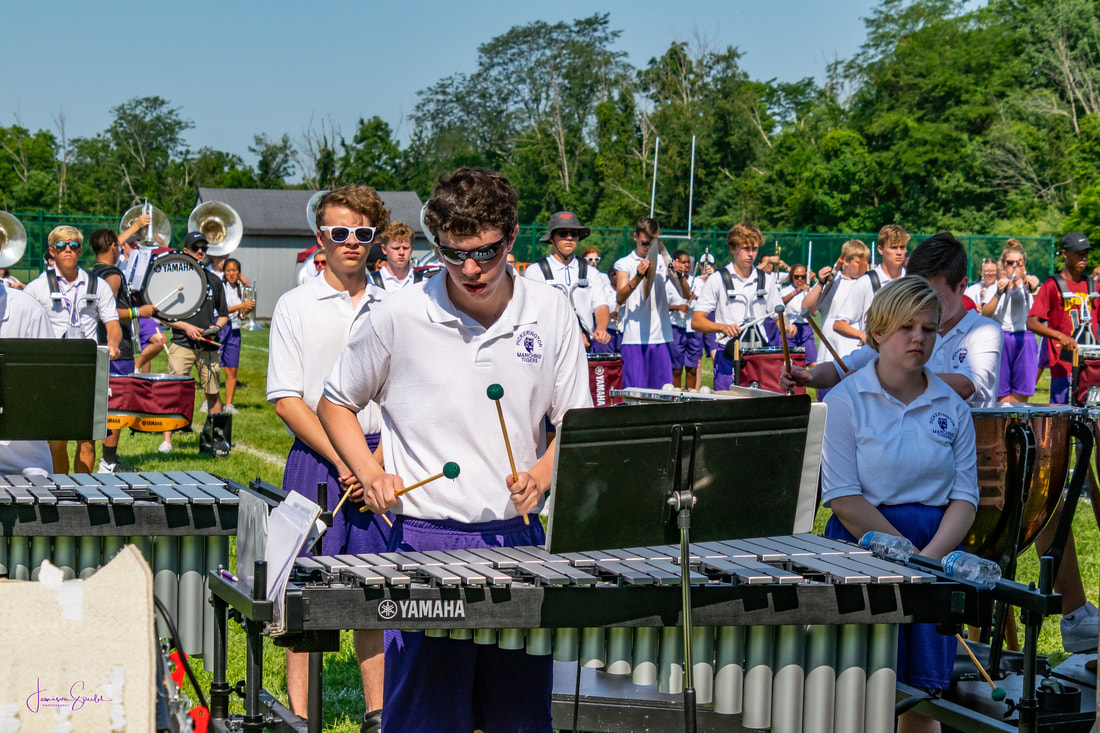 The vibraphone is a musical instrument in the struck idiophone subfamily of the percussion family. It consists of tuned metal bars and is usually played by holding two or four soft mallets and striking the bars. A person who plays the vibraphone is called a vibraphonist, vibraharpist, or vibist.

The vibraphone resembles the marimbaphone and steel marimba, which it superseded. One of the main differences between the vibraphone and other keyboard percussion instruments is that each bar suspends over a resonator tube with a motor-driven butterfly valve at the top. The valves connect together on a common axel, which produces a tremolo or vibrato effect while the motor rotates the axle. The vibraphone also has a sustain pedal similar to a piano. With the pedal up, the bars produce a muted sound. With the pedal down, the bars sustain for several seconds, or until muted with the pedal.
​
The vibraphone is commonly used in jazz music, in which it often plays a featured role and was a defining element of the sound of mid-20th-century "Tiki lounge" exotica, as popularized by Arthur Lyman. It is the second most popular solo keyboard percussion instrument in classical music, after the marimba, and is part of the standard college-level percussion performance education. It is a standard instrument in the modern percussion section for orchestras and concert bands.
Click here to return to the "Pit Information" page